So after seeing this site, me and my roomates decided to take the drive from Providence to MA, to check out one of the listed spots, the Massachusetts 2 listing. The one that told to take 495N to Exit 20. Well the directions listed were pretty obscure and we couldn’t find the place.

From Attleboro take 495 north to exit 20, take a right off the ramp and drive down until you see River St. on your left. Follow river street to the end and make a left, when you come over the top of a curvy hill you will see a pull off spot on your left…park there and follow the path in…if you have a good 4×4 you can drive all the way… WRONG!

Its off of exit 20 from rt 495 like he said. You turn right onto rt 85 also. The directions after that are different. You go up that road for a minute or two and turn left onto Wayden St. (Its either Wayden or Walden). But its the entrance to a new housing development (houses are still being built). It used to be just a dirt road.The quarry is in the back of the development down a short dirt trail to the left. There’s many trails around it though. I don’t know where he came up with the other directions though; there’s no river st or curvy hill. I don’t know for sure, I’ll measure it next time I go, but the heights seem off. They look more like 20ft and 30ft to me. Although it looked like a jump across from them might be closer to 35-40.
The circle of quarry is the normal one in the pictures. The other smaller one is back in the woods if you take the right trails for awhile. I tried going to the second one twice and had an encounter with crazy old nudists and left, haha. The street on mapquest to turn on says Walden Wds….You just have to wander through the development to the trails on the left. It was pretty easy for me to find actually. Especially since there aren’t many roads in the area anyway. 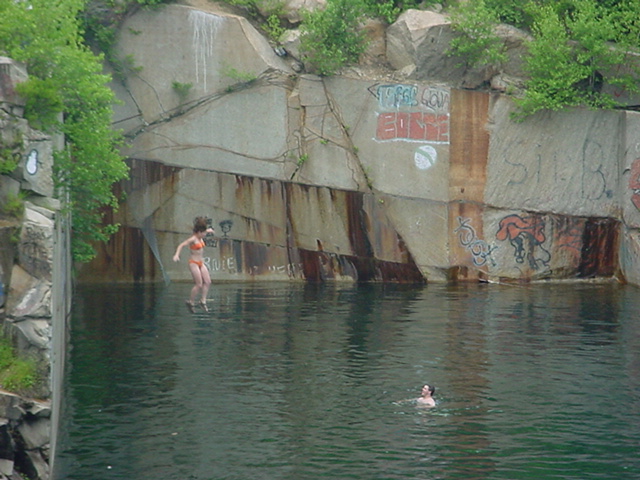 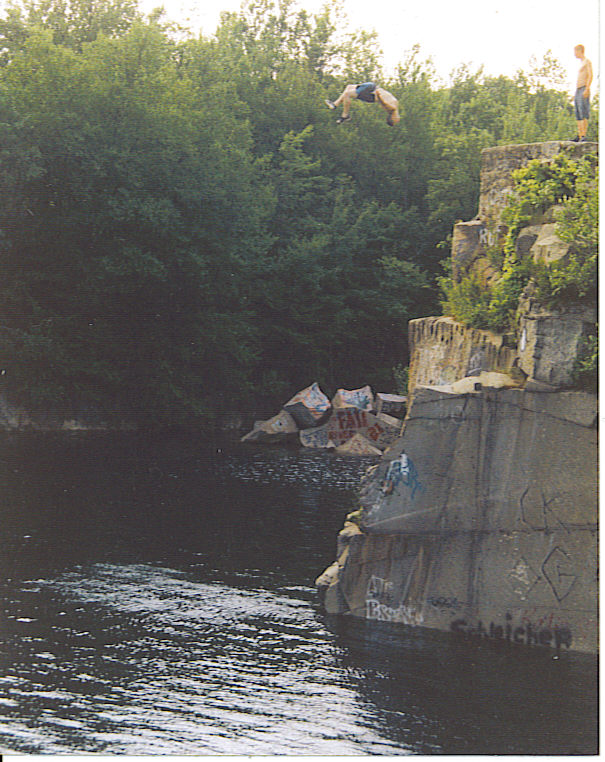